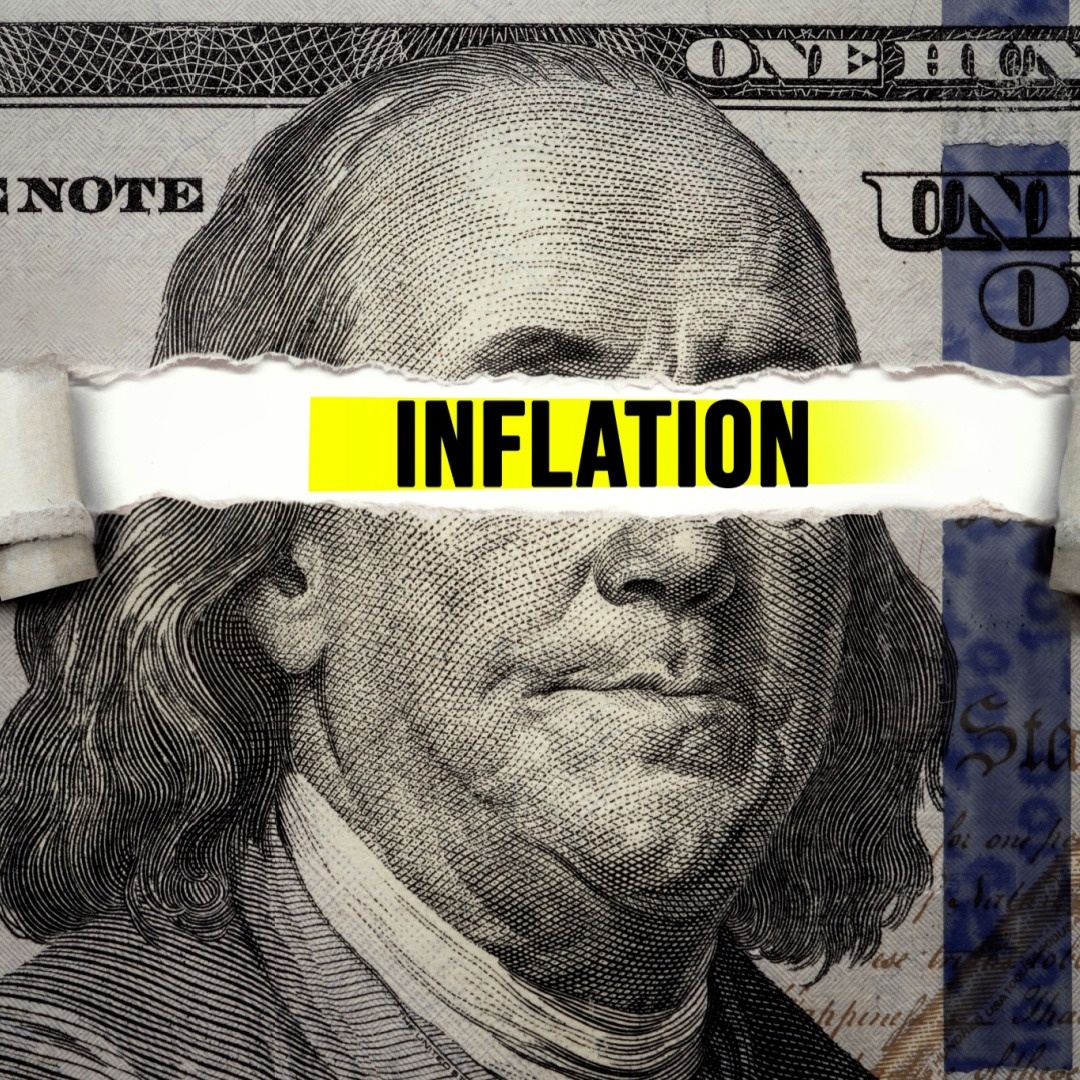 People ask why inflation is running rampant since the COVID – 19 pandemic started. Throughout history, there have been many causes that led to an increase in prices and currency devaluation. Politicians and global leaders are quick to point fingers at whom or what causes this pain for citizens trying to survive in the economy that has been handed to them. I call this “The Blame Game”.

Earlier this year, we heard President Biden talk about the rising prices in the meat industry, and how Russian President Vladimir Putin’s war with Ukraine is the cause for the spike in prices. The leadership also stated that the price increases are temporary or transitory. What you haven’t heard from leadership is a discussion on the impact from an ever expanding fiscal and monetary policy since the Dot.com bubble of the early 2000's. No, of course not. This is not to say that we have no cost-push inflation at this time. What is cost-push inflation? Let me explain it with some examples since the start of the pandemic.

The Department of U.S. Labor tracks U.S. workers' productivity since 1948. According to the department, productivity had its largest ever annual drop in the second quarter of 2022, -reflected on the chart below. Non-farm productivity rate dropped at an annualized rate of 4.6%. 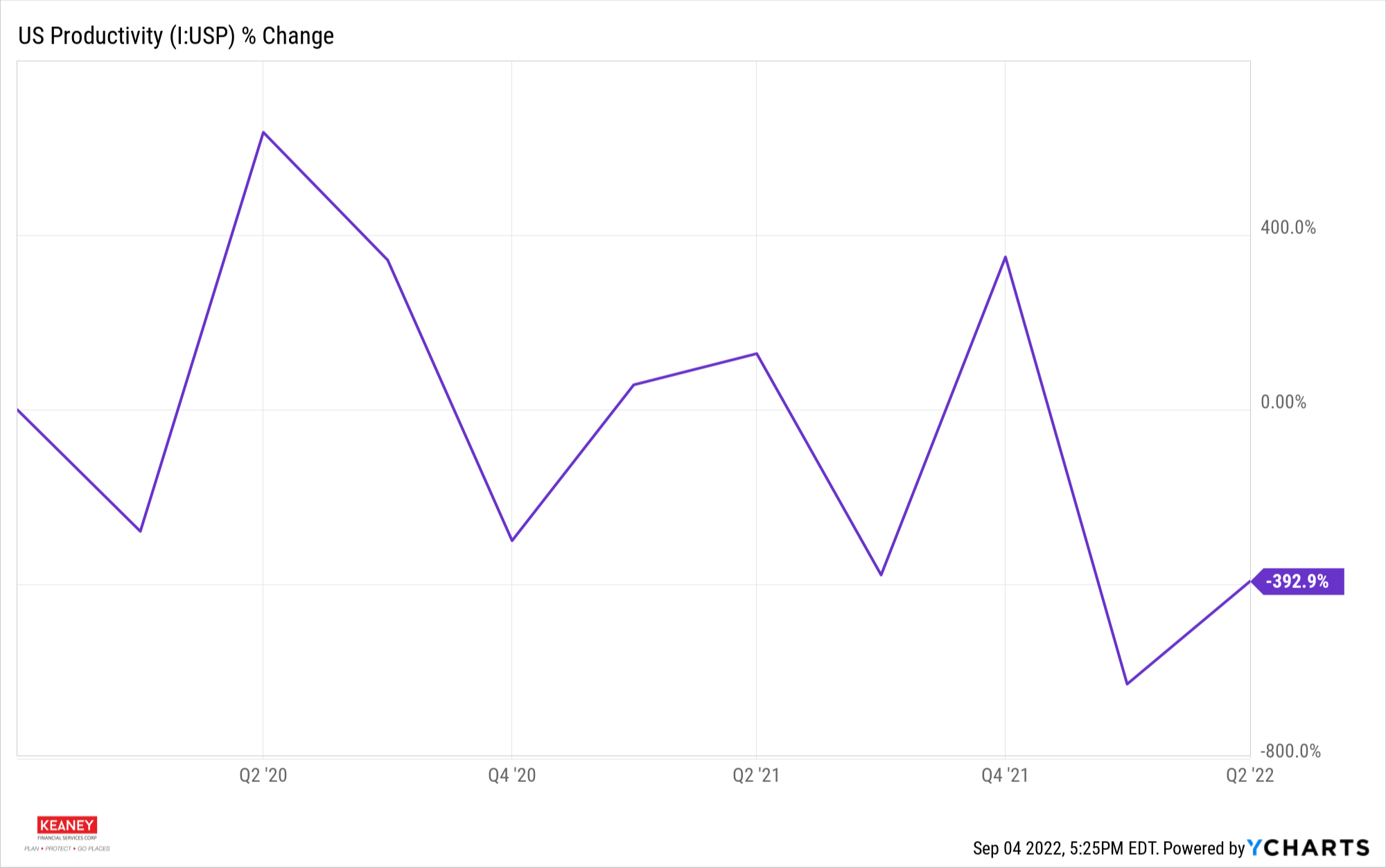 The rising cost of both processed and unprocessed goods are the main reason for the increase in input prices. The Bureau of Labor statistics uses the (PPI) or Producer Price Index to measure the input cost inflation for businesses. According to the bureau, as of July 2022 processed goods was up 17.4% Year-Over-Year, while unprocessed goods was up 27.5% YOY. The construction cost in the U.S. has also increased input prices in 2022. Per Gordian.com, a market researcher for Job Order Contracting (JOC), 98% of labor cost increased over last year, while construction material costs and equipment increased by 71%. You'll seen in the chart below that the added pressure of fuel has not helped in keeping inflation at bay. 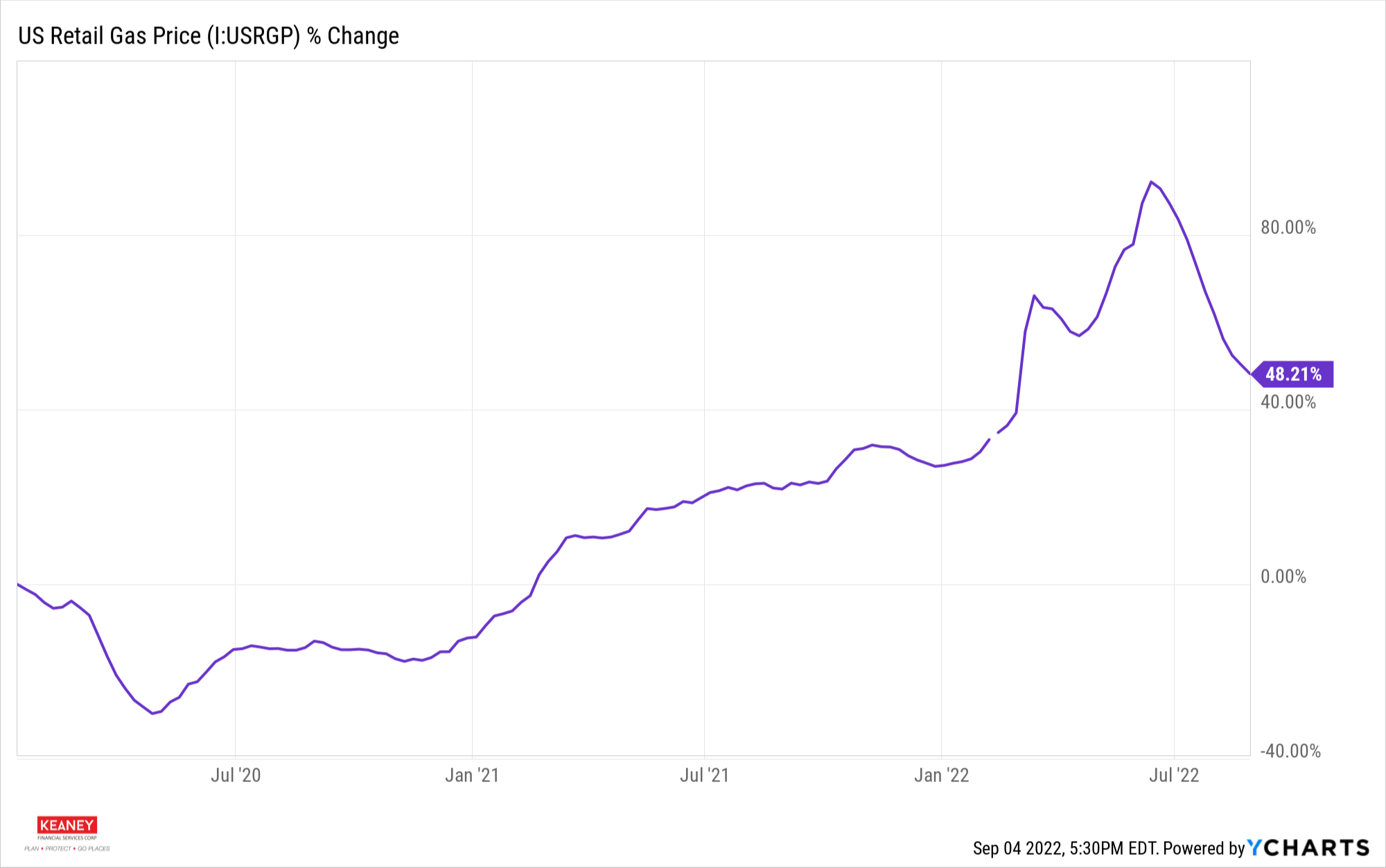 The government response to the COVID-19 helped spur a 20.58% increase in U.S. Wages and Salaries. The aging and reduced workforce participation puts additional strain on businesses already trying to overcome rising input cost and higher taxation. This will mostly impact employers and industries that historically pay lower wages, like the restaurant service industry. 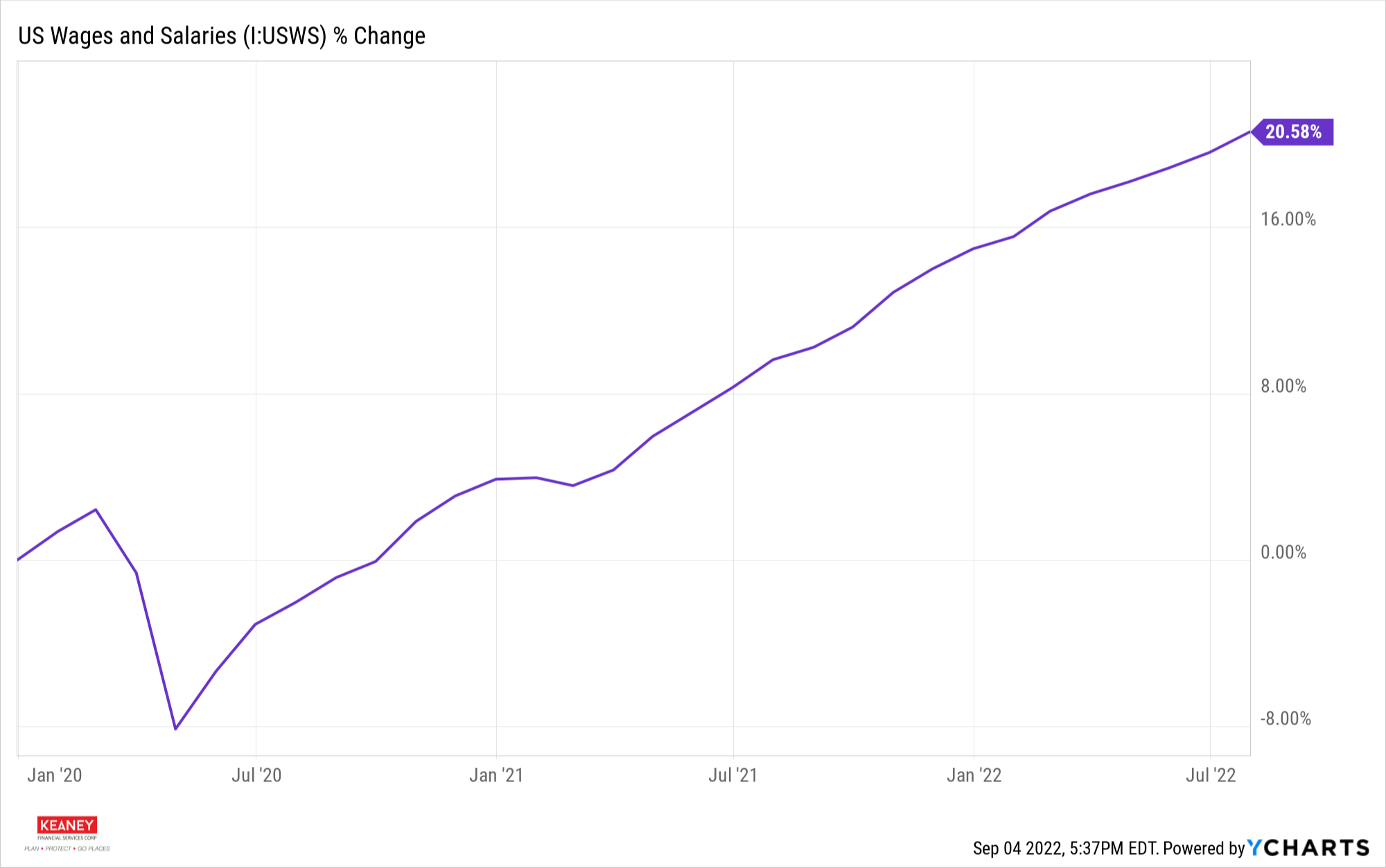 In November of 2021, the IRS posted the tax inflation adjustment for the 2022 tax year.

Now lets discuss the nominal culprit that has caused the inflation we are seeing today, Demand-Pull Inflation. This is the most common form of inflation and has played a large roll in the recent higher prices. You need to ask yourself, are prices really increasing? Or is it that the value of money is decreasing?

The last twenty years are prove that our government will use fiscal policy mainly for satisfying political agendas. What we have seen is expansionary fiscal policy, one where the government increases spending while appearing to reduce taxes like President Trump did once elected. The problem is that tax receipts have been lower than the spending for a long time. This created the ever growing budget deficit. Government borrowing has played a huge role in the economy since the year 2000. Remember, governments can acquire money in one of two ways: through taxation or through borrowing.

From a political perspective, the people of the United States are happy to vote for representatives and senators that don't propose or vote in favor of increasing tax liabilities. What people don't think about is that inflation is also a tax on the people. This is because as inflation devalues the national currency, it also devalues the national debt. In an inflationary environment, money borrowed today is payed back later with cheaper dollars. An example of fiscal policy is last year's Build Back Better Act and this year's Inflation Reduction Act both passed by the house. As of the September 5th 2022, usdebtclock.org reported that the U.S. National Debt is now at $30.8 trillion and it represents 124.36% of GDP. Each time the Fed increases interest rates, the cost to service the debt increases. Like the famous stock broker, Peter Schiff, says, "Whatever the title of new Bill says it's going to do, expect the opposite." 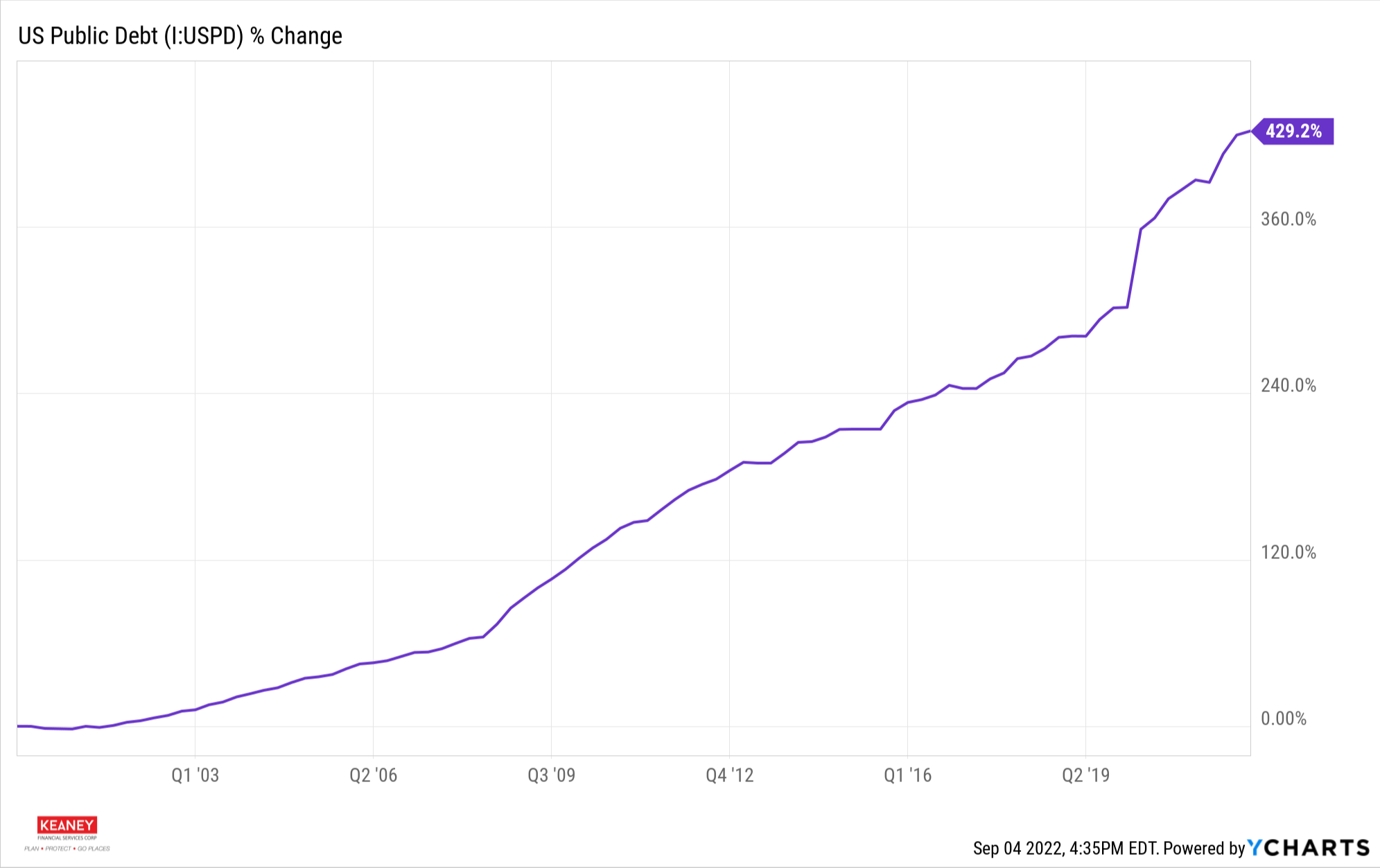 The expansion of the money supply is another form of stimulus. In many cases it reduces borrowing cost, which also lowers interest rate charges to consumers. The expansion allows for more consumers to get cash to spend and invest. This helps to create demand in the economy, as both consumers and businesses can borrow cheaply and then deploy borrowed moneys into the economy. The key is to create velocity of money and stimulate the economy through a faster money exchange of hands. 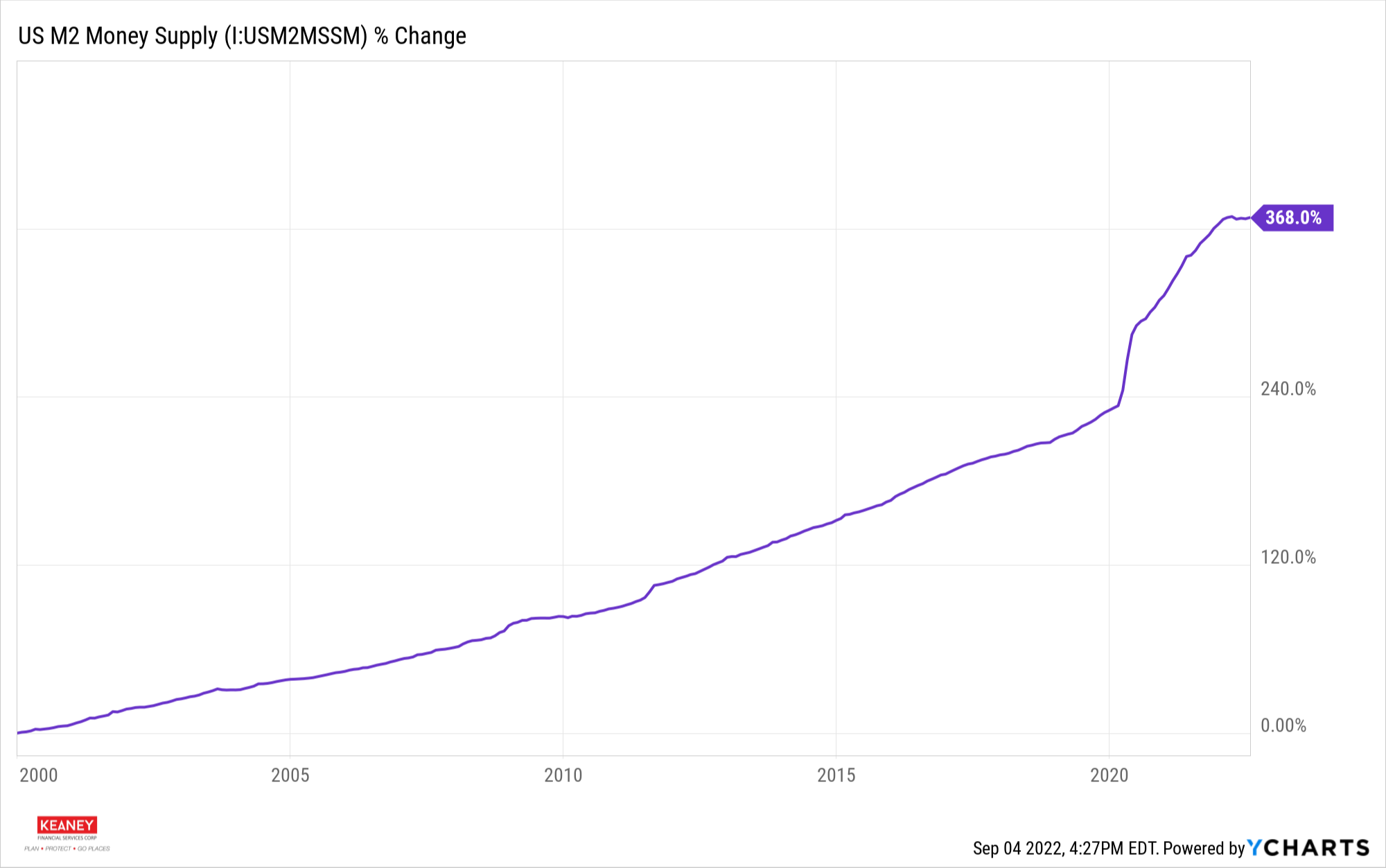 ﻿In times of easy money, low interest rates and high consumer confidence, will create demand more debt. This can be driven by relaxed restrictions placed on financial institutions. The larger the debt demanded, the greater the expansion of the money supply. This type of expansion has a strong influence on inventories. During the COVID-19 pandemic, companies face hardships getting supplies and inventory. To mitigate the fear of future hardships, many placed large orders that now present new challenges with the slowing demand and large quantities of unsold inventory.

﻿Inflationary pressures and rising prices will cause many consumers to rush to buy goods and services. An example is the period of most housing booms, when people rush to purchase new homes in fear of the future higher prices. Generally, this is the least recommended time to buy a non producing asset (like a home you will live in), as the longer the expansionary cycle persist, the greater the risk of having overpaid. Many forget that the basic key principle to investing is buying low and not high. The real estate bubble of 2007 to 2009 taught many lessons, they say. But here we are, watching similar patterns unfolding right in front of us.